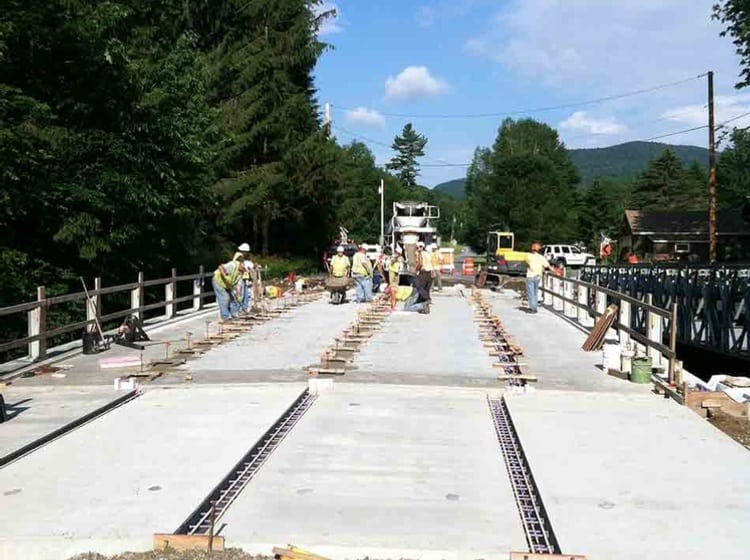 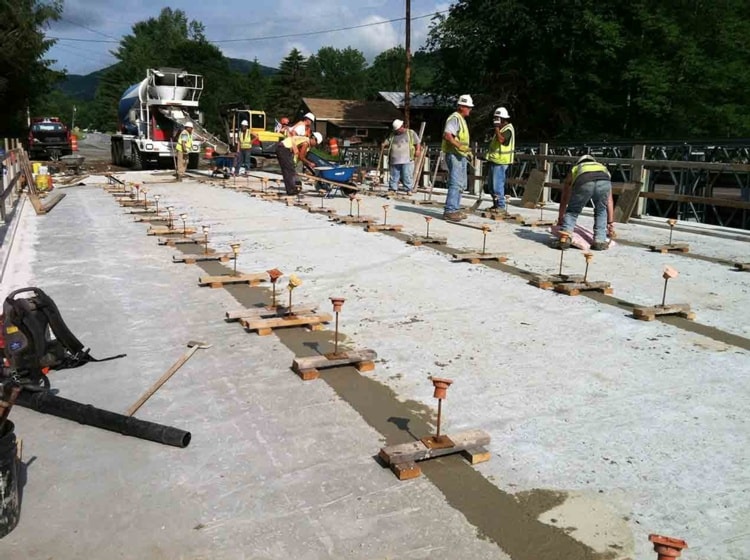 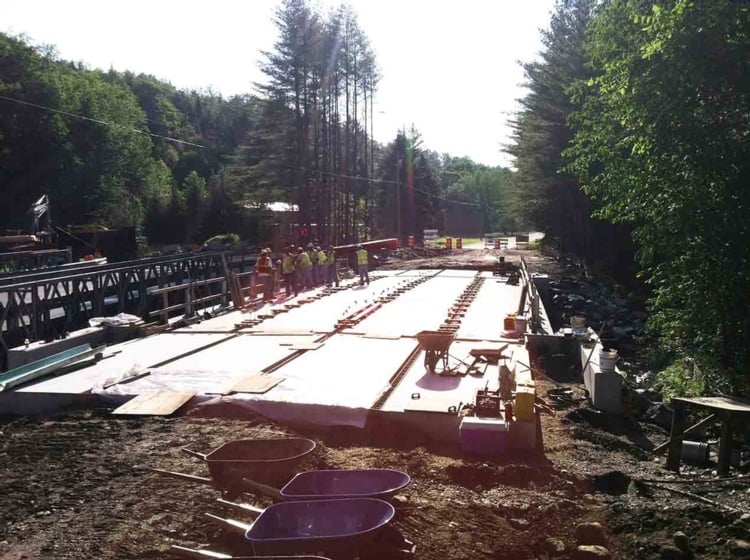 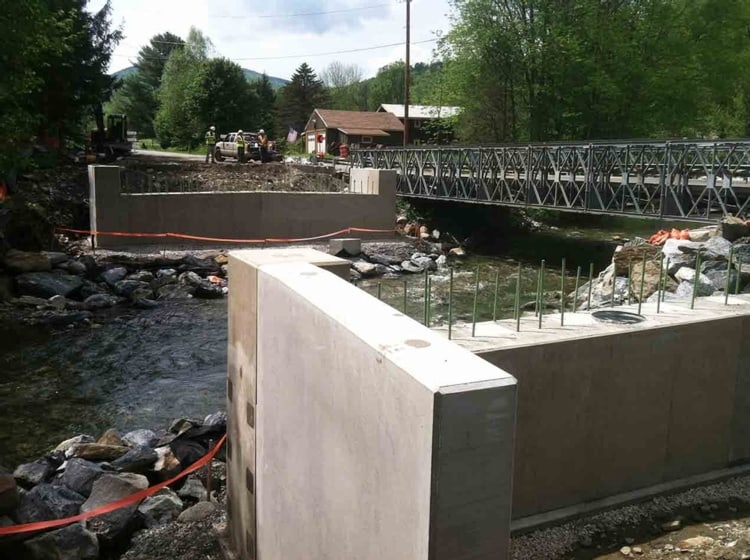 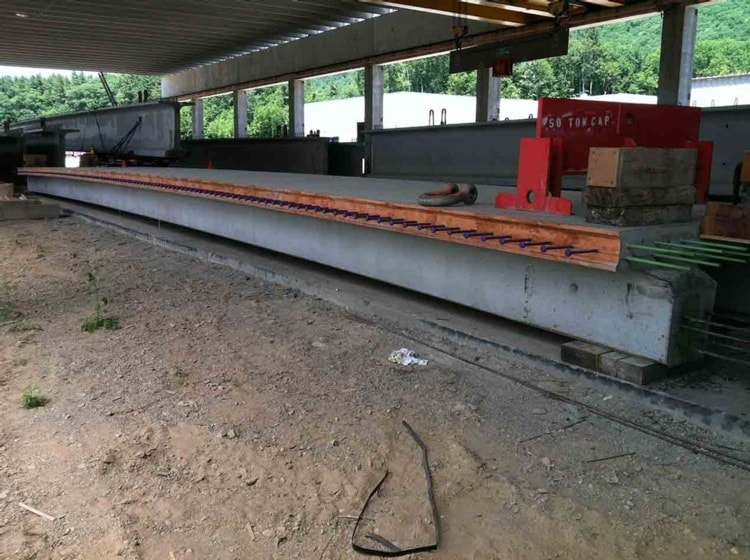 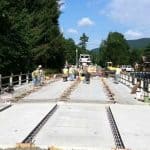 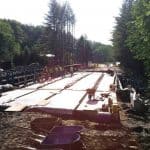 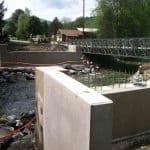 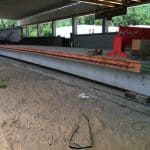 Precast Concrete Speeds Construction After Hurricane Wreaked Havoc
Hurricane Irene wreaked considerable havoc on the East Coast in August 2011, and among its victims were a number of short-span bridges in Vermont. Because several were in isolated areas without viable detours or bypasses, officials chose precast concrete Northeast Extreme Tee (NEXT) girders to speed construction.

“The hurricane caused the bridge to fail, so it was a top priority to be returned to service,” says Kristin Higgins, project manager for the Accelerated Bridge Programs at the Vermont Agency of Transportation. “We wanted to create a prefab bridge that could be lifted into place quickly to ensure we minimized disruptions to traffic.”

The NEXT Beam is similar to a standard double-tee beam except the stems are wider to accommodate bridge design loads. It was developed by the PCINE as an alternative to adjacent box beams in the 45-ft- to 90-ft-span range to accommodate accelerated construction of bridges. For this project, four 71-foot-long NEXT beams, 28 inches deep, were used for the one-span bridge.

Precast concrete abutments were created by match-casting two 20-foot, 34-ton pieces and post-tensioning them. Each unit contained multiple 2-foot-diameter galvanized, corrugated steel pipes so they could be mounted on top of supporting piles.

Two 10-foot, 11-ton wing walls were placed on each side of the abutments, with the two elements connected by splice sleeves. Four 20- by 7-foot slabs ramp up the approaches on each end of the bridge. “We worked closely with the precaster to ensure all of the details would be easy for them to construct,” she says.

One crane was used to set the 52-ton girders into place, owing to site restrictions that allowed access to only one side of the project. “We pretty well maxed out the crane’s reach, but the construction went smoothly,” Higgins reports.

Headed bars were cast into the 10,000-psi girders that protrude from the shear keys, with high-performance concrete used for the closure pour of about 9 inches between beams. The outside beams also feature a precast curb with embeds for connection to the guardrail.

The project was one of two undertaken done the 2013 construction season as a result of damage from Hurricane Irene, she notes. The other, Route 105 #84 Bridge in Brighton, was constructed to the same length despite being nominally shorter, which sped design and construction. That bridge was closed during construction, so speed was of the essence.

“The Hancock bridge gave us a good opportunity to test our prefabricated design details to work out any issues before we constructed the Brighton bridge, where speed was critical,” she says. For more details on that project, see the Hancock Bridge case history.

VTrans used NEXT beams on several projects earlier, Higgins notes, and she expects to see them become more prevalent. “We’re starting to use them a lot more often, especially due to hydraulics issues and our desire to keep the beams above the flood waters as much as possible. Up to 70 feet or so, you really can’t beat NEXT beams.”

The project came in under budget, at less than $1 million, and it met its schedule. “We were really surprised by the cost, and that’s a good sign for future use of the beams.” Indeed, the state has two more bridge replacements planned for summer 2014 using NEXT beams.

All the precast components were manufactured by J.P. Carrara & Sons, Inc. of Middlebury, VT.