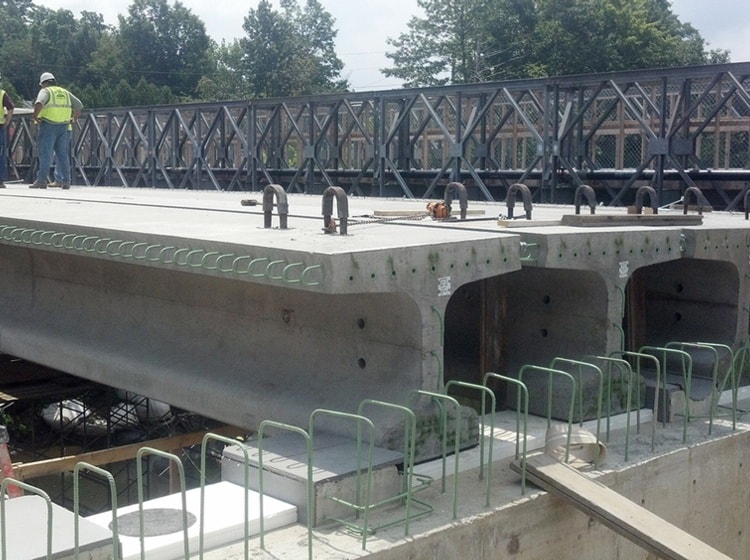 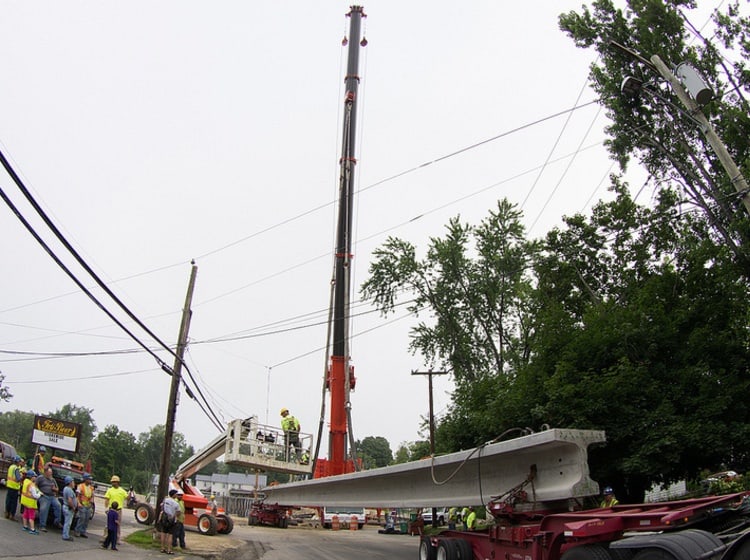 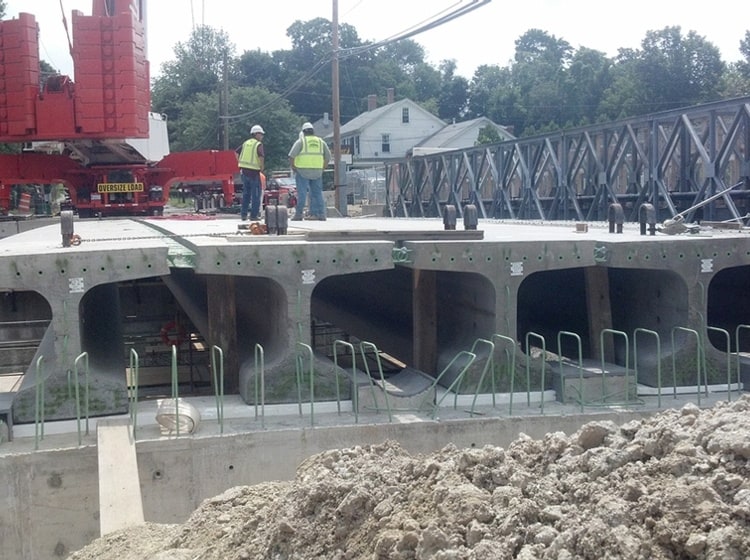 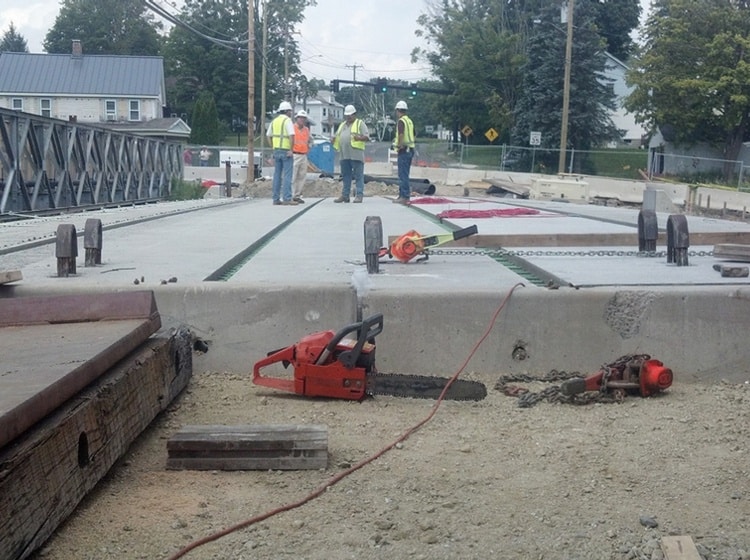 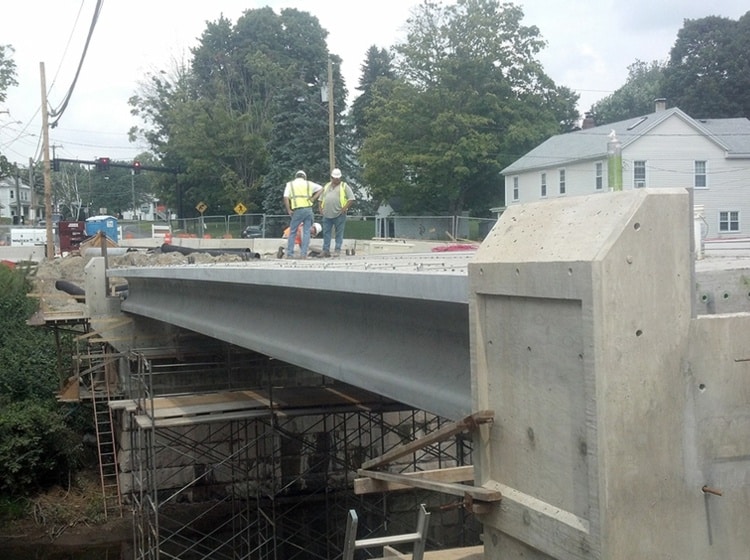 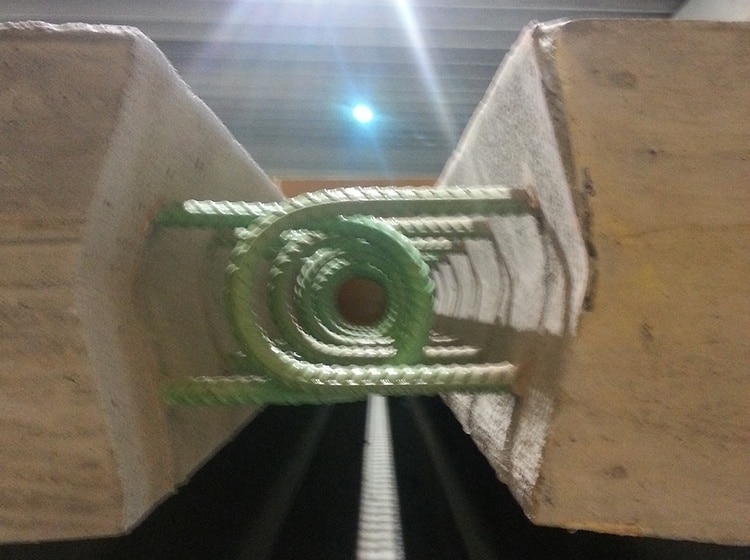 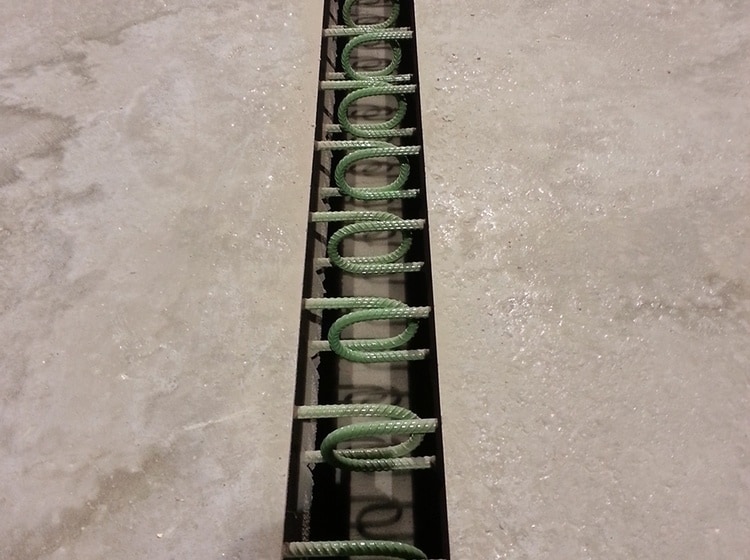 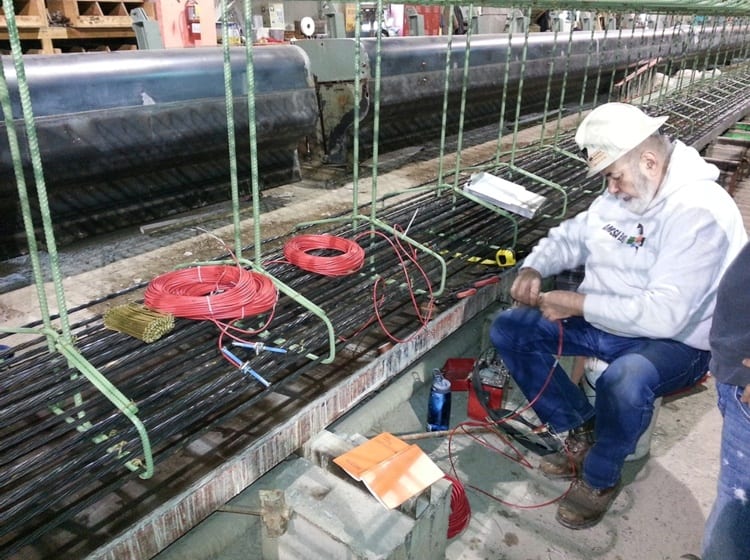 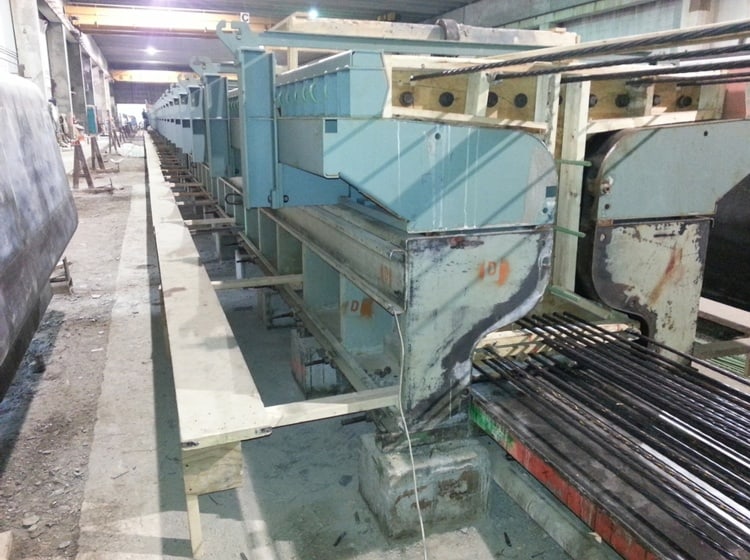 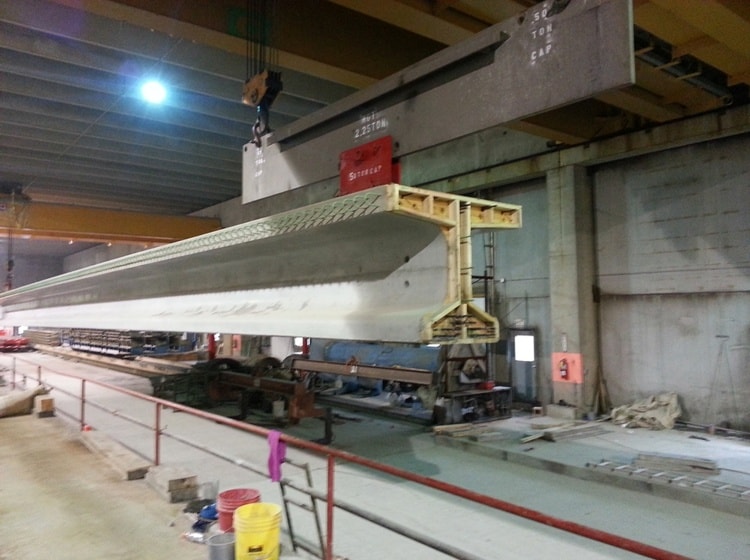 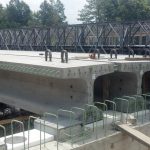 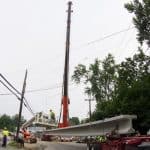 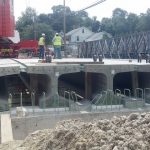 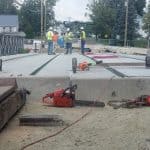 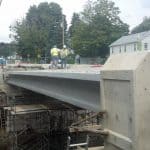 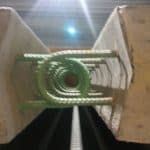 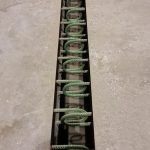 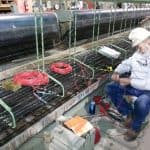 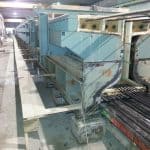 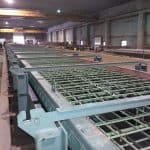 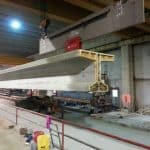 Route 10 Bridge over Manhan River uses first Deck Bulb Tee, Easthampton, MA
Drivers in Easthampton, Massachusetts, were braced for as many as two construction seasons without the Northampton Street Bridge over the Manhan River, requiring a detour around a 1.5-mile stretch of businesses along the road. They were happy to find that the bridge’s design, which included custom-sized precast concrete New England Deck Bulb Tee beams for the superstructure, would allow for the project’s completion in six months; in fact, it was finished in less than five months.

The design resulted from the philosophy encouraged by the Massachusetts Department of Transportation’s Accelerated Bridge Program (ABP). The $3-billion initiative encourages innovative and accelerated development and construction techniques, such as the use of precast concrete elements that, in this case, resulted in shortened construction duration. Through 2012, ABP replaced 121 bridges with 56 more planned, according to local reports.

“When it became apparent that MassDOT would have to close the bridge during replacement, we designed a superstructure that could be replaced quickly, thereby limiting mobility impacts,” says Jeff Finitz, vice president at Diversified Technology Consultants Inc. “We liked the idea of the deck bulb tee (DBT) beams because they didn’t require a separate pour for the deck.” The DBT beams are designed specifically to meet conditions in New England and offer five sizes that provide long, clear spans.

The bridge, which replaces a 62-year-old design, features one span of eight 93-foot-long DBT beams. “We used the most efficient size to span the distance,” Finitz says. Designers talked with officials at the New York Department of Transportation, who had experience with this span length of DBT beams in this type of situation, he notes.

The designers used ultra-high performance concrete (UHPC) for closure pours, which are required to join the top flange of the DBT’s together forming a composite deck. The proprietary product was accepted by MassDOT as part of this ABP project, but many designers are still becoming familiar with its properties.

UHPC’s superior ductility characteristics allow the material to deform and support flexural loads greater than that of a traditional deck slab mix. The material also achieves a high early compressive strength of 16,000 psi at 14 days and more than 25,000 psi at 28 days. These characteristics were ideal for the closure pour application and accelerated bridge construction techniques.

To reassure officials of its capabilities, the precaster worked with the UHPC manufacturer, Lafarge, to create mock assemblies for testing. A trial batch of premixed product was prepared by Lafarge representatives on-site, and these trials were tested and approved. The precaster then produced mockups of two precast concrete panels identical to the top flanges of the DBT beams. Mockup closure pours were performed on-site to test the placement of the UHPC and the material used was also tested and approved by MassDOT.

Beam depths were not the standard metric sizes, notes Benjamin L. Cota, precast production engineer with J.P. Carrara & Sons Inc., the precaster. The non-metric measurements required custom filler pieces to be placed in the forms to achieve the required 1219-mm (i.e., 48-inch) depth rather than the standard 1200-mm depth.

Carrara also cast mockups of the top flange using various methods to ensure no leakage of concrete through the new top section of the form around the projecting shear-key hairpins. “We tested a variety of methods and selected the most efficient means to ensure there were no problems,” says Cota.

Specifications also required a maximum differential-camber between adjacent beams of no more than ¼ inch and required Carrara to have a plan ready in case camber differentiated beyond that range. “Our plan included proposals for both increasing camber, via dunnage-support locations, and decreasing camber, via additional dead-load on the unit,” Cota says. “It also included additional quality-control measures to minimize the potential for any differential camber to avoid these scenarios upfront.”

The initial forecast for construction of the bridge, which serves 22,000 vehicles per day, was six months, but the bridge was completed in less than five. “Staged construction would have required two construction seasons, requiring detours away from businesses for long periods,” says Finitz. “It was pretty impressive how quickly this approach put the bridge back in service. MassDOT is to be commended for allowing us to design this bridge utilizing a first-of-its-kind superstructure in Massachusetts.”