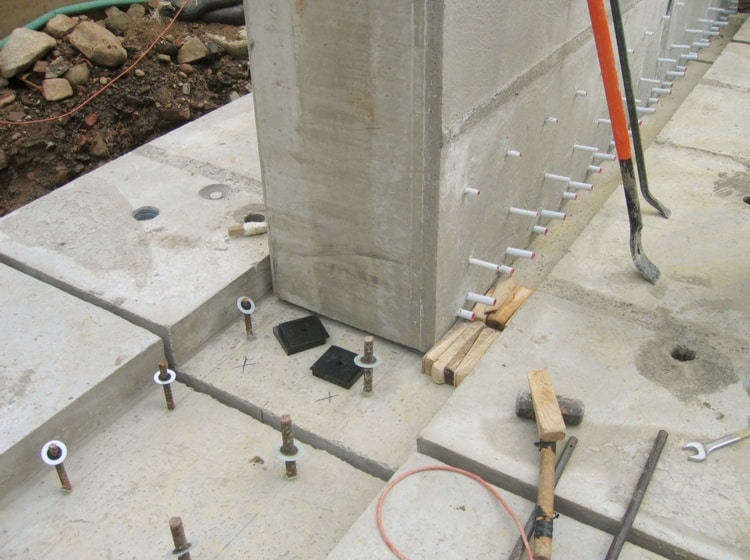 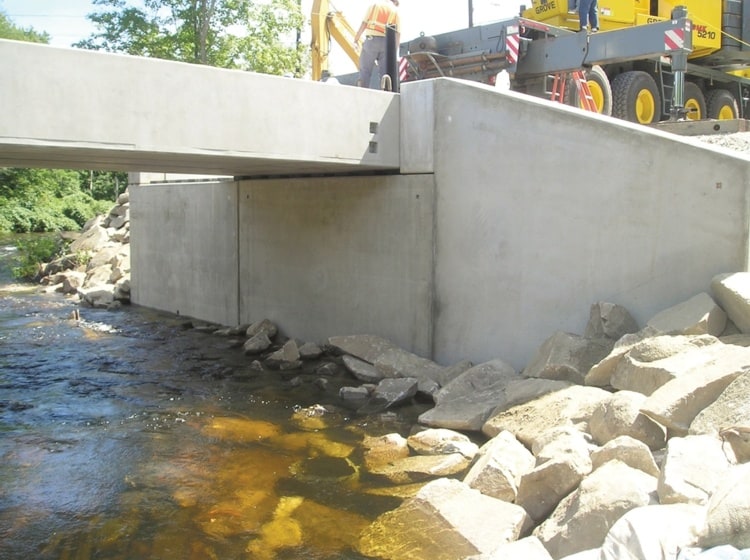 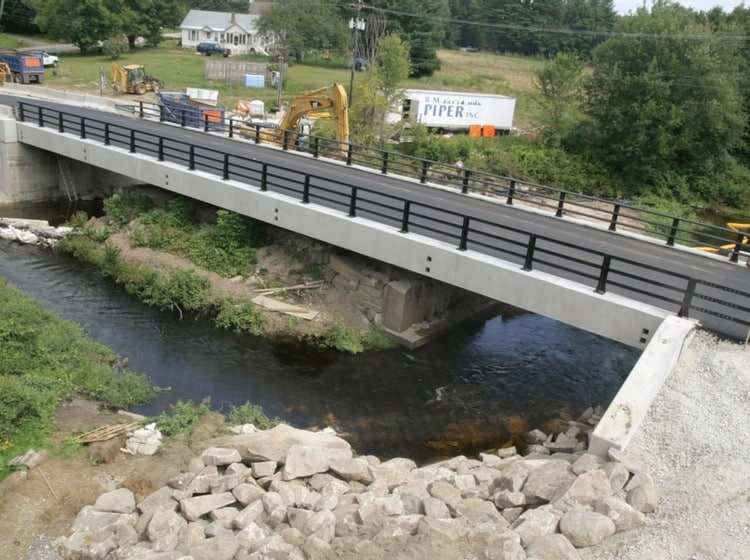 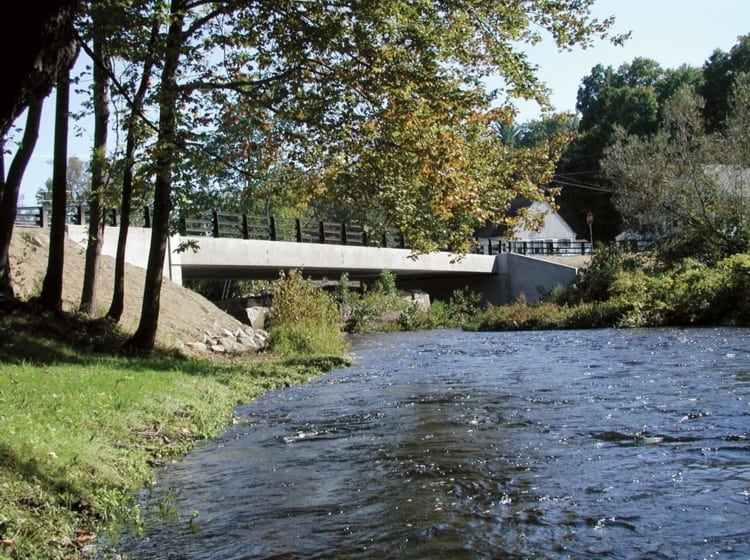 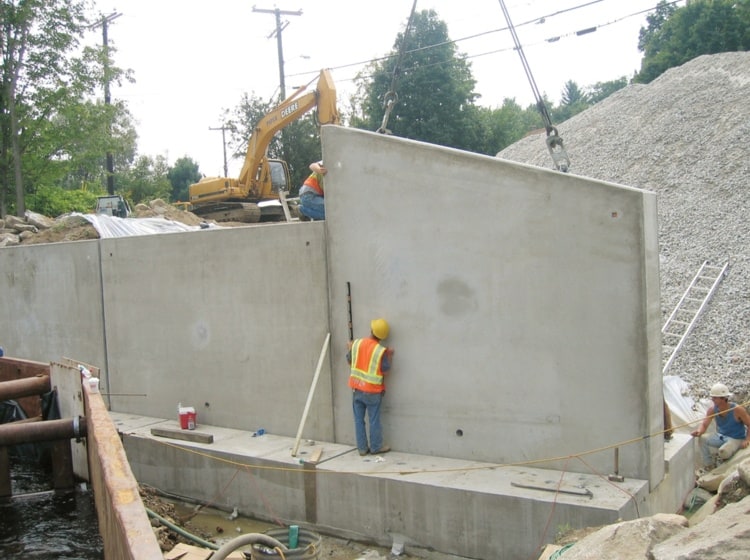 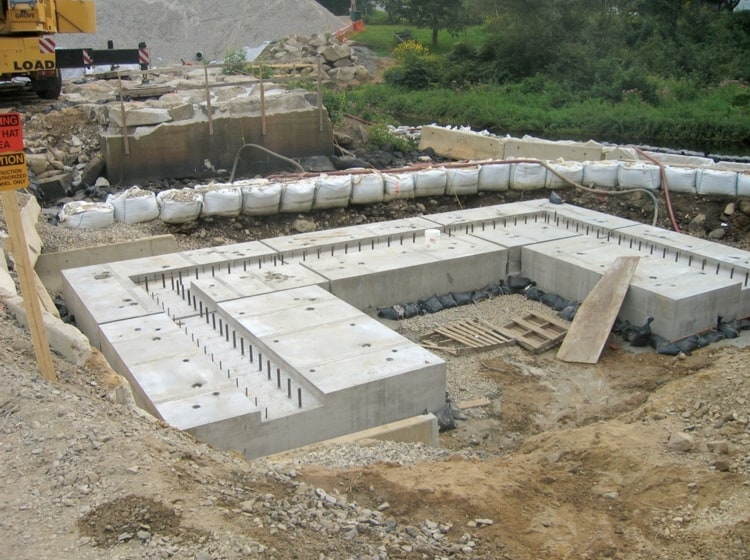 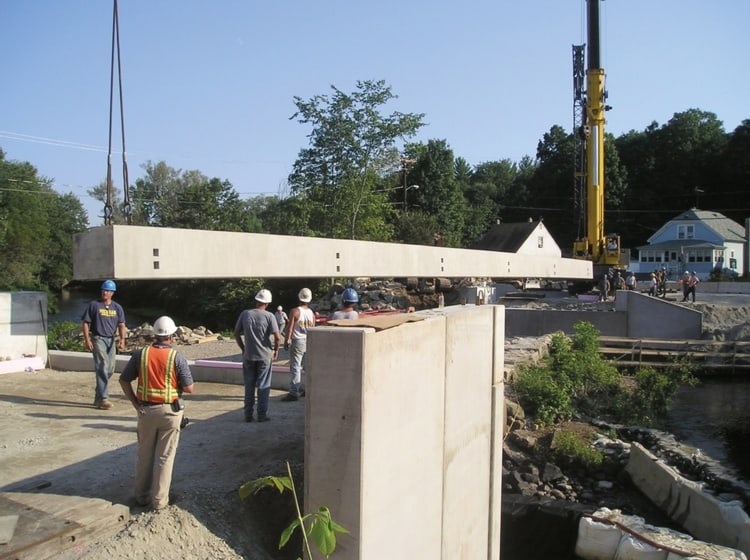 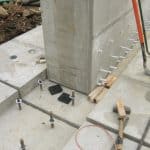 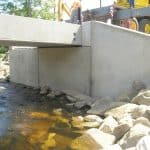 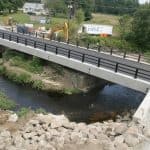 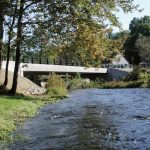 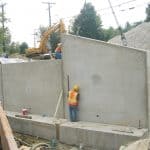 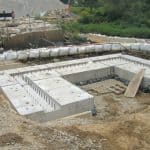 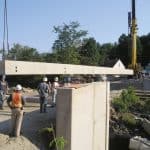 “The construction went better than we could have expected,” says Pete Stamnas, senior project engineer with NHDOT. The components for the bridge were assembled and the bridge was opened to traffic in eight days. Site preparation took approximately six weeks and had to deal with delays caused by heavy rain and wind from the summer’s strong hurricanes.

The bridge features high-performance concrete and 0.60-inch-diameter strand to extend the span range of the 3-foot-deep superstructure. Full-depth shear keys and two rows of 1/2-inch-diameter strand, used as post-tensioning at six locations along the beam, were detailed to complete the connections between the units. The superstructure was topped with a waterproof membrane and pavement overlay.

The conditions at the site created a number of design and construction challenges, Stamnas adds, but they were considered to be typical of those that arise on New Hampshire bridge projects. The challenges included a shallow, sloping ledge on the south abutment, in contrast to the granular material around the north abutment. Concerns with water control further complicated the construction of the foundations.

The PCI Northeast’s Technical Committee assisted NHDOT with the bridge design, which will minimize traffic congestion and enhance worker and public safety. The grouted splice-sleeve connection used to join the precast concrete substructure components has been used in Japan for many years with great success, Stamnas says, This new technology will reduce construction-related traffic delays by shortening construction time and reducing detours. The result will be enhanced work-zone safety for motorists and construction crews. NHDOT now plans to incorporate total-precast substructures into future bridge-replacement projects.