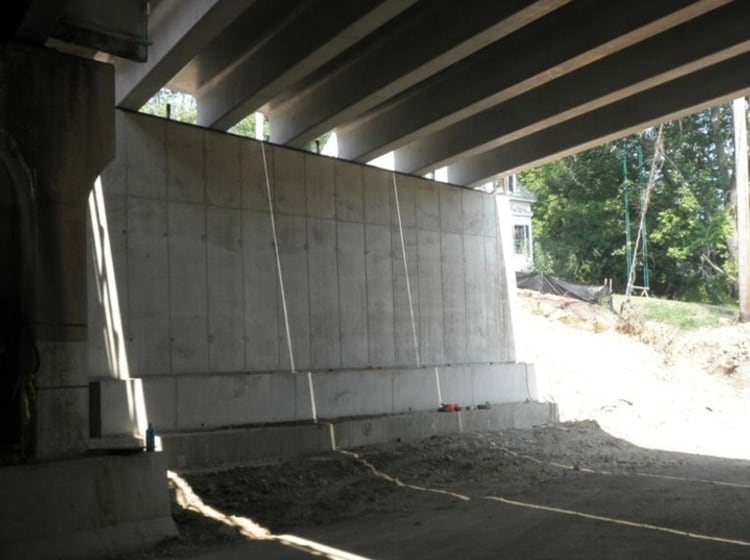 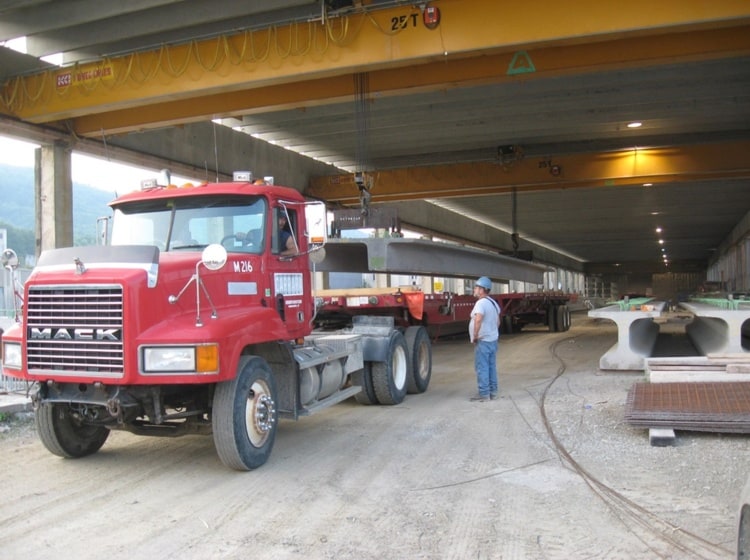 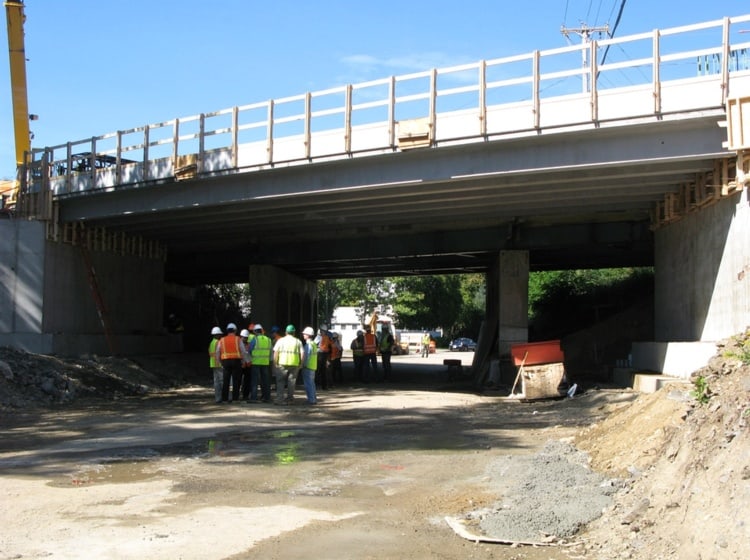 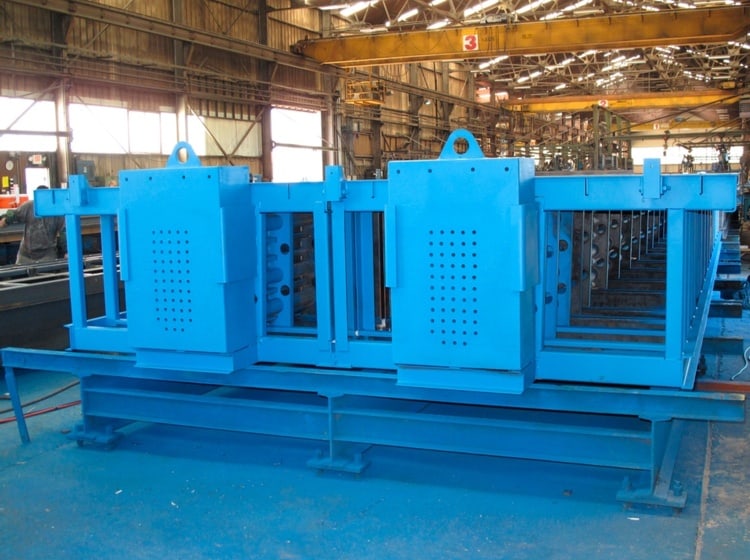 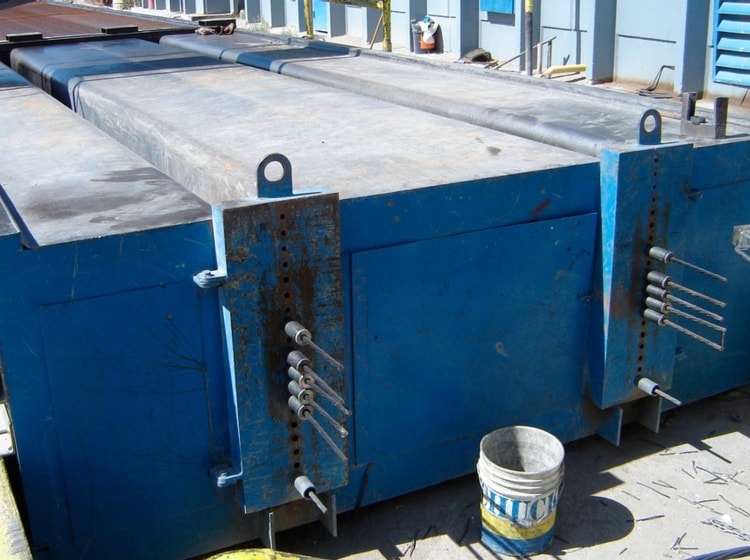 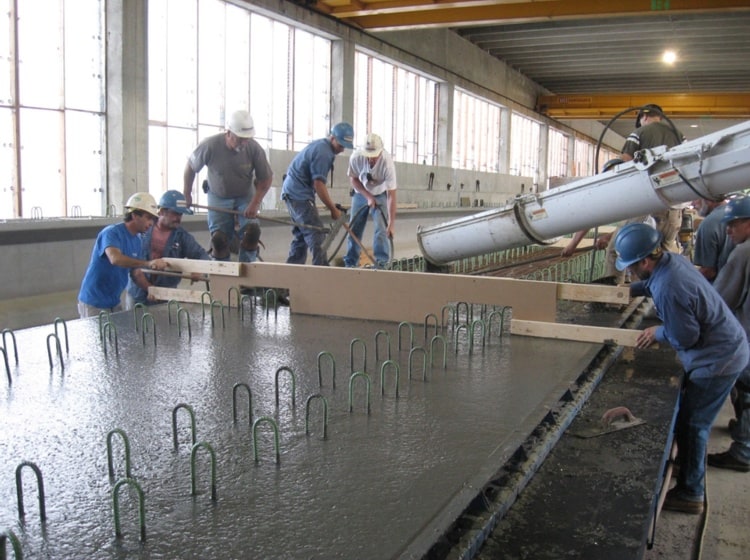 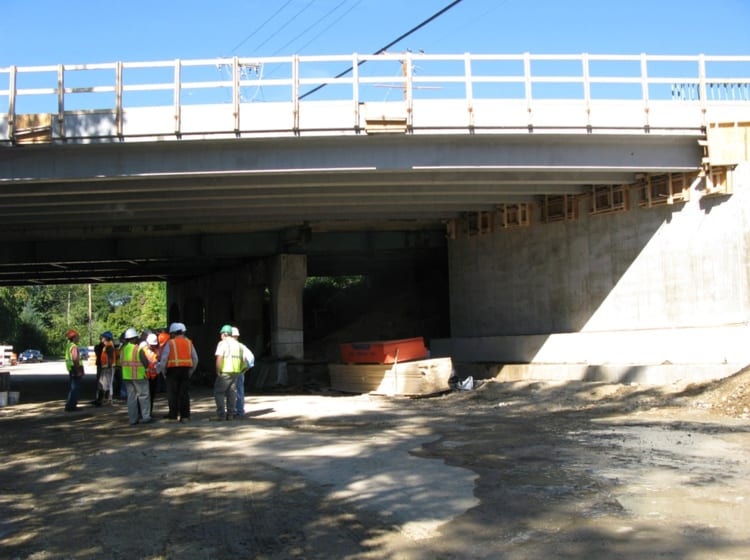 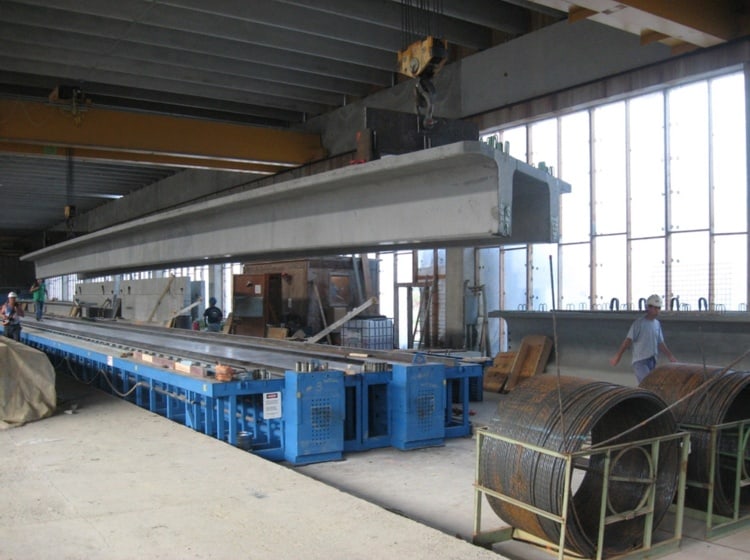 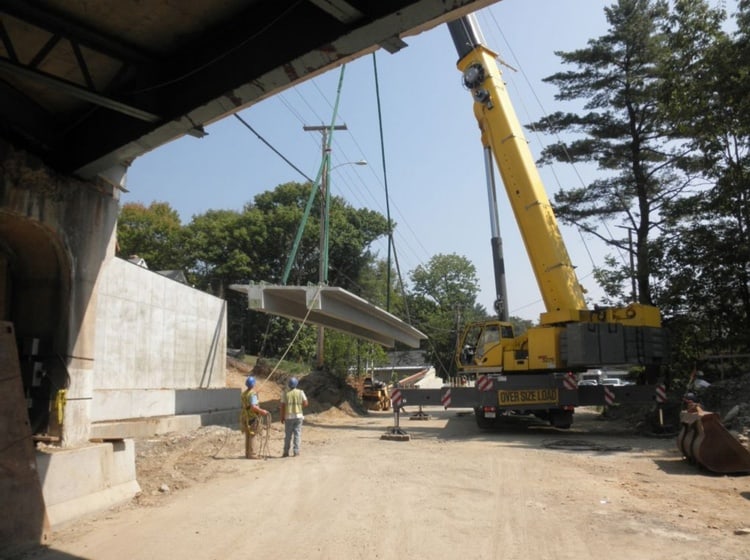 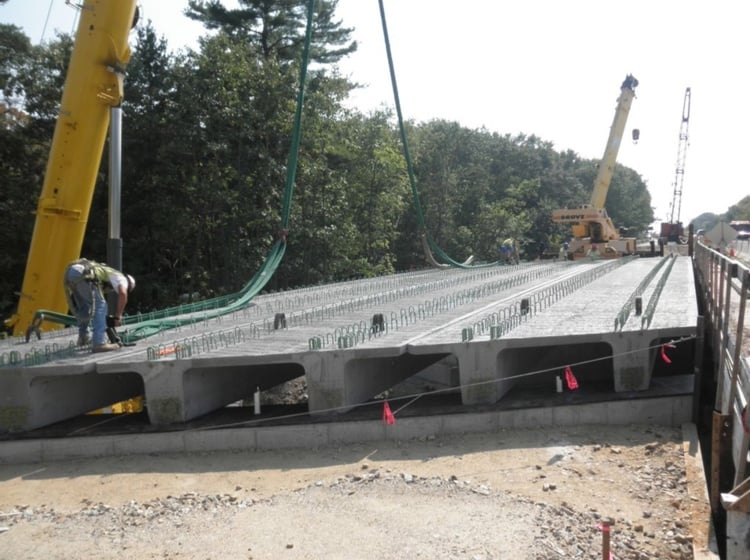 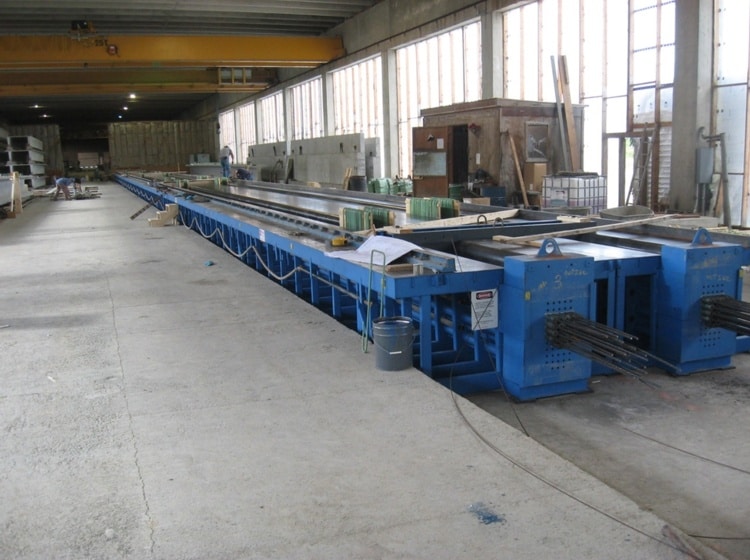 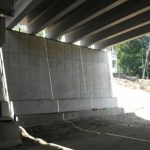 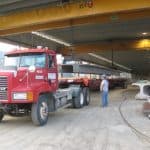 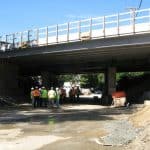 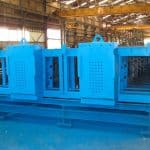 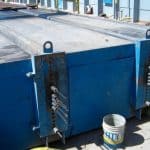 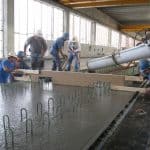 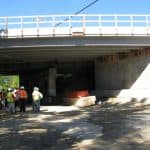 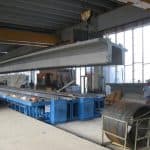 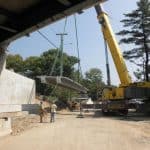 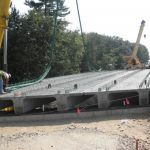 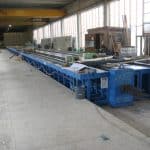 The Northeast Extreme Tee better know as the NEXT Beam is gaining popularity as the bridge beam of choice. The NEXT Beam is being used for the Elliot Road Overpass in Kittery, Maine and replaces an existing steel bridge which may be from the 1930’s. Currently over 10,000 cars using the bridge each day and it is long overdue for replacement.

The new Elliot Road Overpass will be a single span bridge consisting of 7-NEXT Beams 73 ft. 6 in. by 9 ft. 8 in. With two lanes going in each direction it will have a 9 ft meridian dividing traffic. The construction will be done in two phases and must take the existing bridge down to 2 lanes while building two lanes of the new bridge. Then traffic will switch while the remaining lanes are completed. The project was started in June 2010 and expects to be open to traffic by July 2011.

The NEXT Beam offers many advantages over other bridge design systems because it is produced so efficiency that it can’t help but save money. Joe Carrara of JP Carrara & Sons, Inc. is the precaster on this project and explains that “because of the wide widths the NEXT beams can be fabricated in, the producers’ man hours cost is spread out over a larger square footage of deck area as compared to narrower box beams and voided slab beams thus reducing the bridges cost per sq.ft. significantly”.

Another advantage of the NEXT Beam according to Carrara is that “because the beams are a “butted” system, the contractor saves the time and expense of forming the deck pour in the field, as is required with bulb tee girders, spread box beams and steel girders, and the top flange of the beams acts as an instant work platform for their crews.” Greg Scott with CPM Constructors is working with the NEXT Beam for the first time and also appreciates that “instant work platform”, because it eliminates the added deck preparation that is necessary with bulb tee girders, box beams and steel girders.

Advantages abound and another one worthy of mention is the ability to run the utilities between the long stems of the tee making visual inspections and any necessary repairs easier.

The forms that produce the NEXT Beam bridge are built to save money by being reusable by change the stem depth with stem fillers and moveable side rails. These particular forms manufactured by Hamilton Form are self-stressing and required jacking plates 12 in. thick that add an additional 3,000 lbs. to the form. For comparison, the typical jacking plate for a double tee is 400 lbs.

When you also consider the longer lifespan and lower maintenance costs, you can understand why many Departments of Transportation in Northeast states are looking towards the NEXT Beam for their next bridge.

Fast and efficient construction, long lasting and less maintenance… what’s not to like.